Cast of KNOTS LANDING to Reunite on STARS IN THE HOUSE 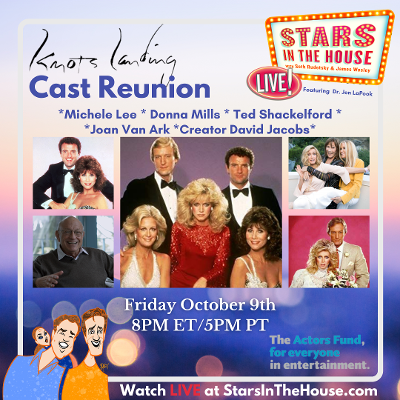 We’re excited to see our favorite bunch reunite virtually to talk about “Knots” celebrating its 40th anniversary (can you believe it’s been 40 years?!), what their characters would be up to today, and memories of Kevin Dobson (Mack MacKenize).

“Stars in the House” is a live-streamed show featuring some of our favorite entertainers from theater, television and film. Started by Seth Rudetsky and husband James Wesley during the onset of the pandemic, it serves as a fundraiser for The Actors Fund.